When Tom found out he was going to be a father again, he got right to work.  He custom designed and then produced this graphic skyline, which serves as the wall covering for one side of the nursery.  The coloration of black and white and shades of grey was specifically selected to stimulate the vision of the infant:  in their early development, babies can only see first in black and white and then in greys.

The wall covering depicts an imaginative fictional urban city. The majority of the buildings included in the skyline were created by the architect to represent this fantastic urban environment.  Two of the buildings, however, are real.  The building on the right side, coming up the crib is the Seagram Building by Mies van der Rohe, an icon of Mid Century Modern Architecture.  Off camera further to the right is the Campanile at the University of Kansas, Lawrence, built in 1951 and designed by Homer Neville and Edward Delk. 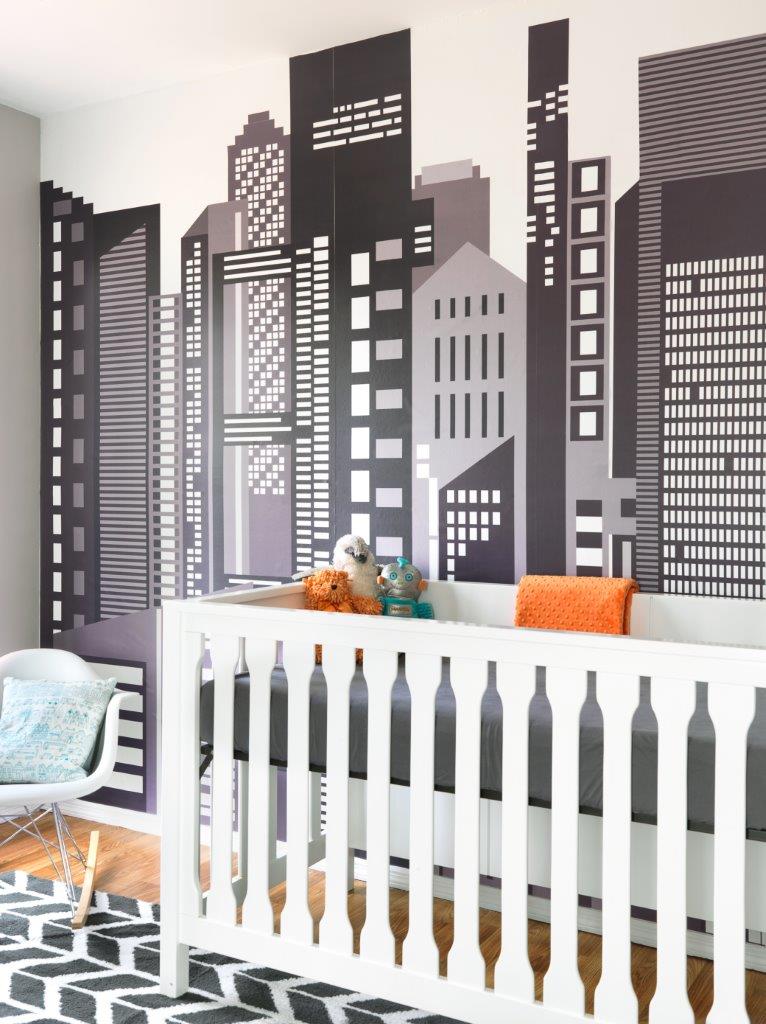 Our work for The Columbia House is featured in the current May/June issue of Sophisticated Living Magazine. You can read the ...

Mitchell Wall’s own Carol Wall was recently featured in an article of the June issue of Design STL by St. Louis Magazi ...

Video: Tom and Megan Talk to the Post-Dispatch About the Legacy of Mitchell Wall

In a recent video by the St Louis Post-Dispatch, Tom and Megan Wall talk about their home and how it reminds them of the leg ...

Carol Wall Talks About Working with the Right People

Crain’s St Louis has an ongoing series where they ask local business leaders about their past mistakes, so that others ...