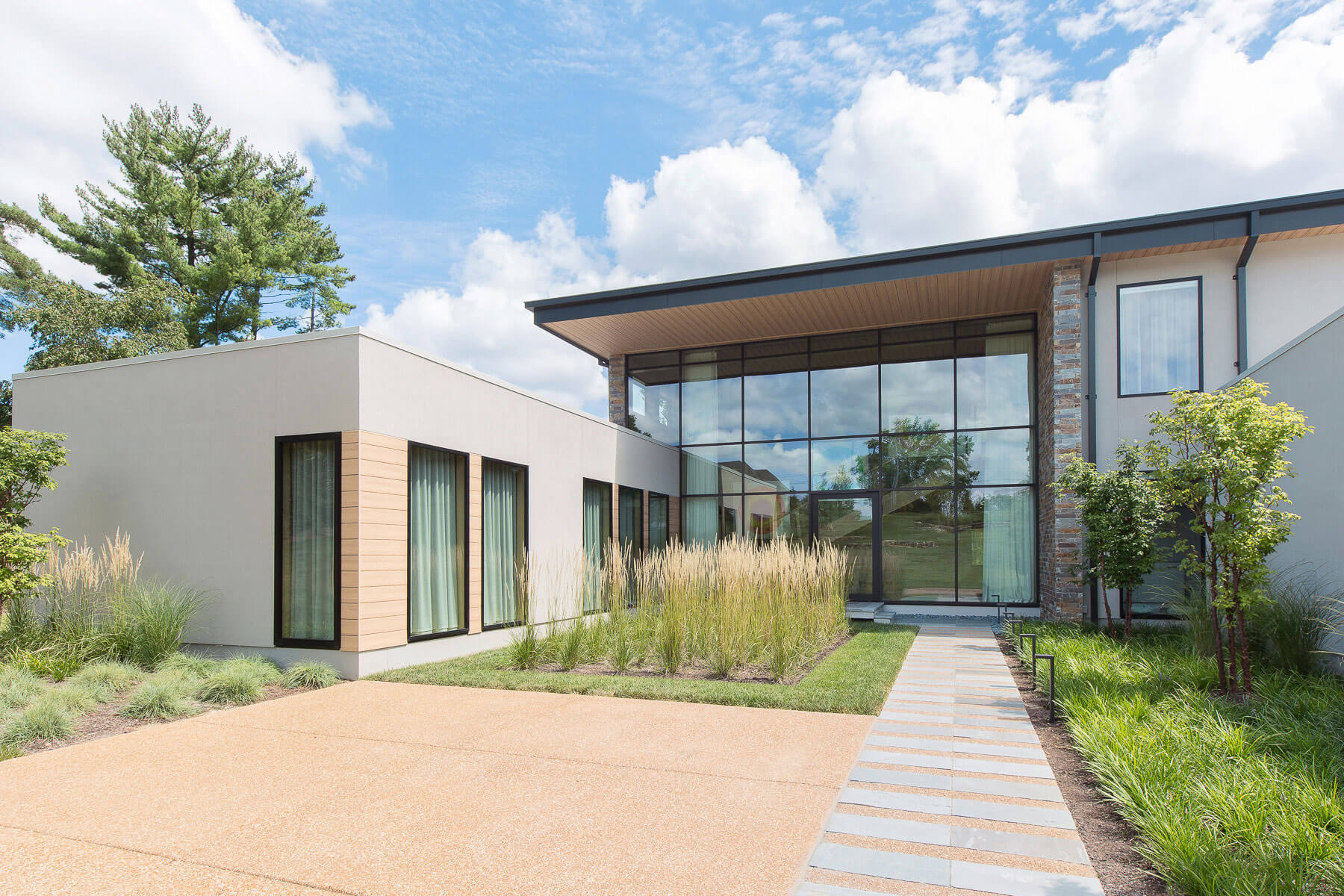 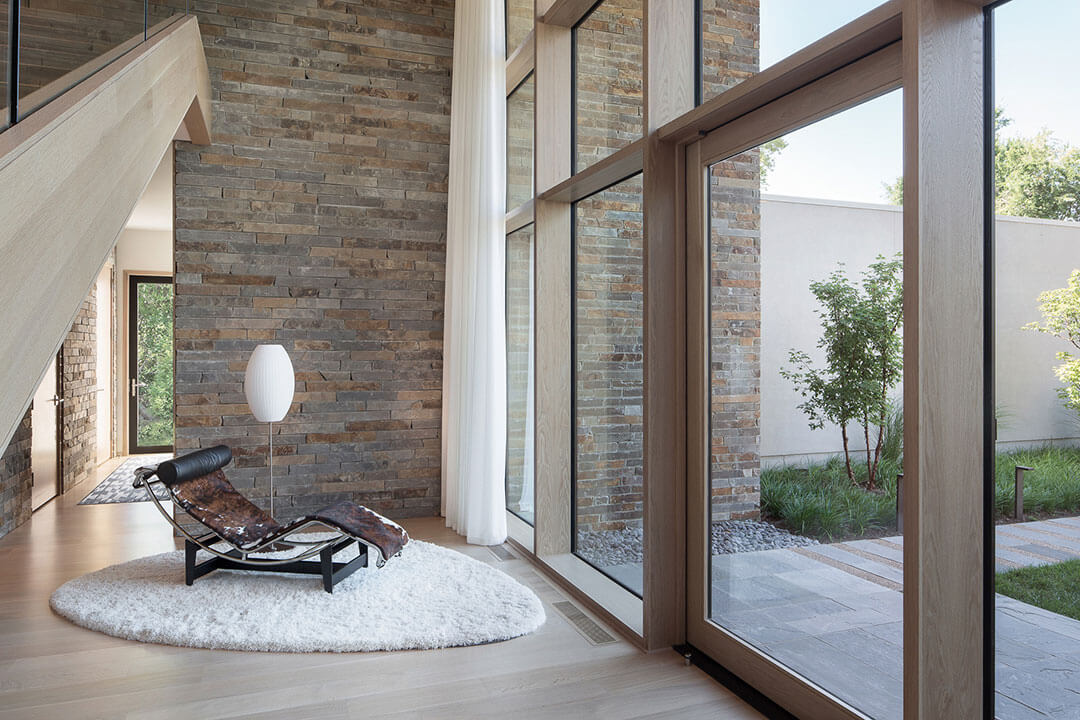 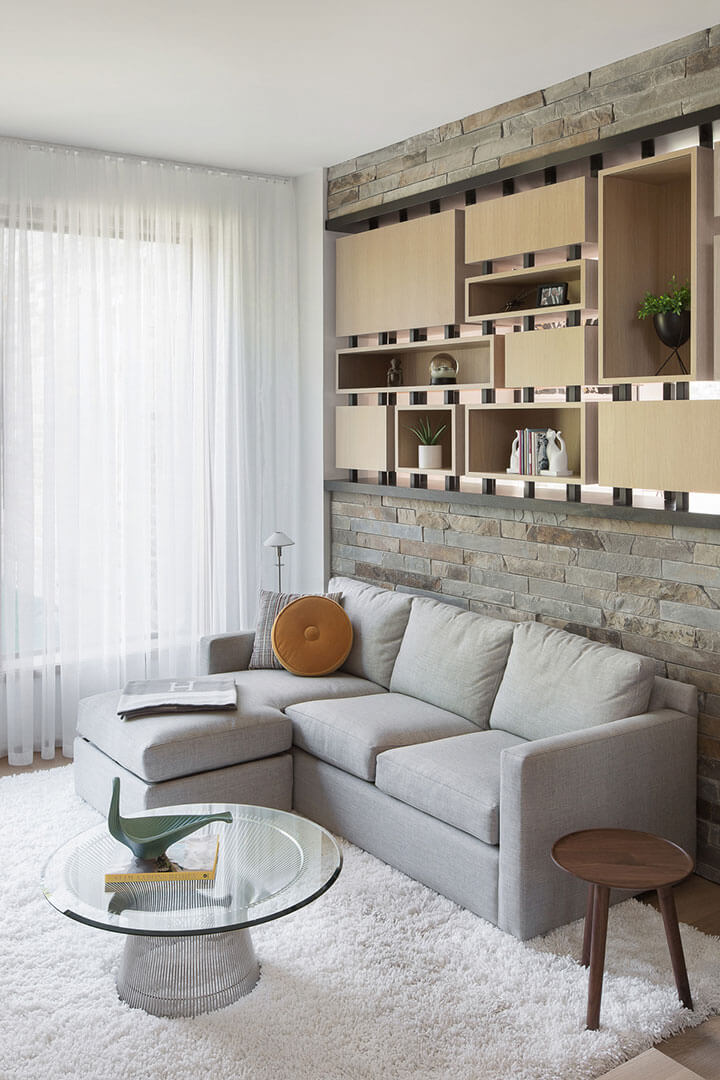 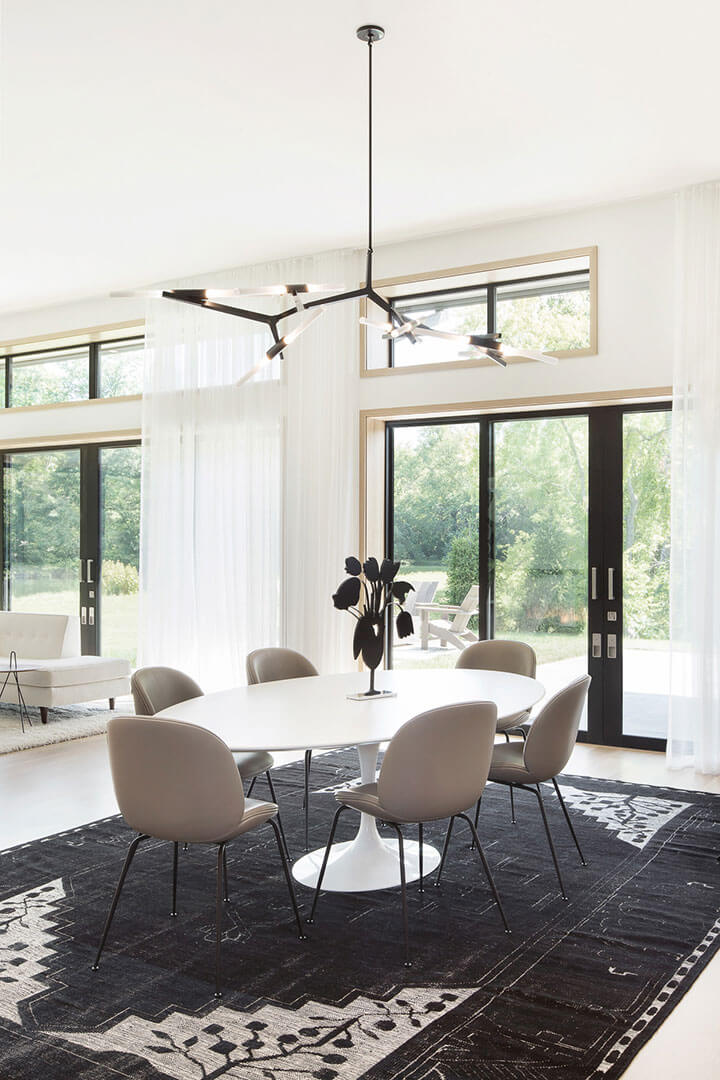 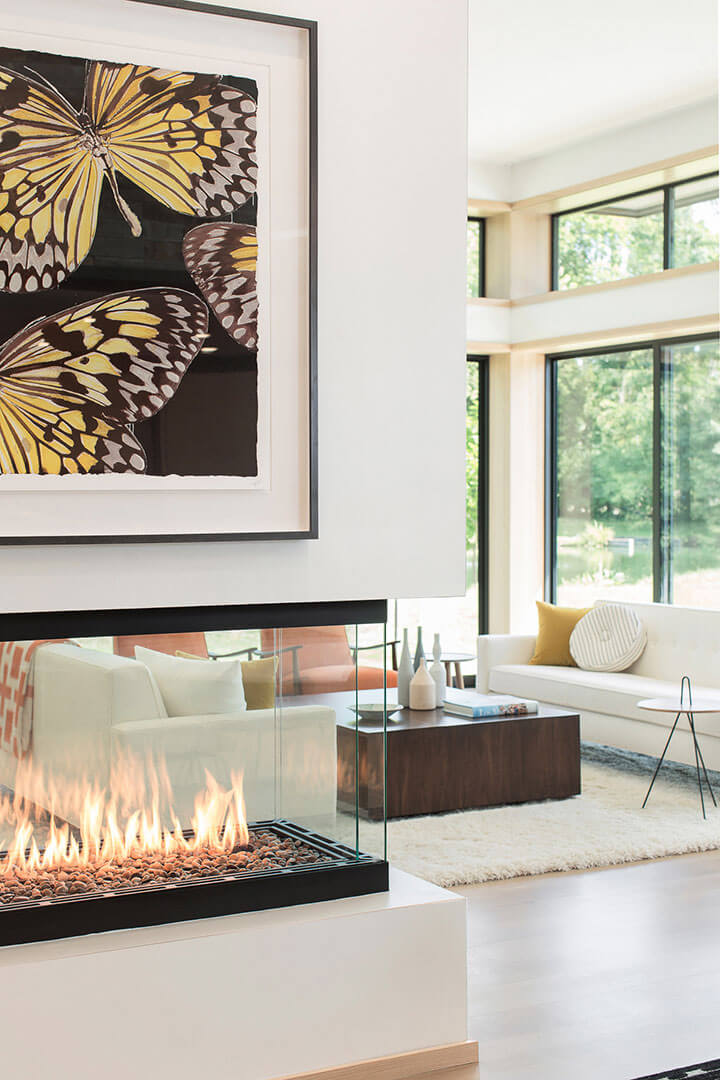 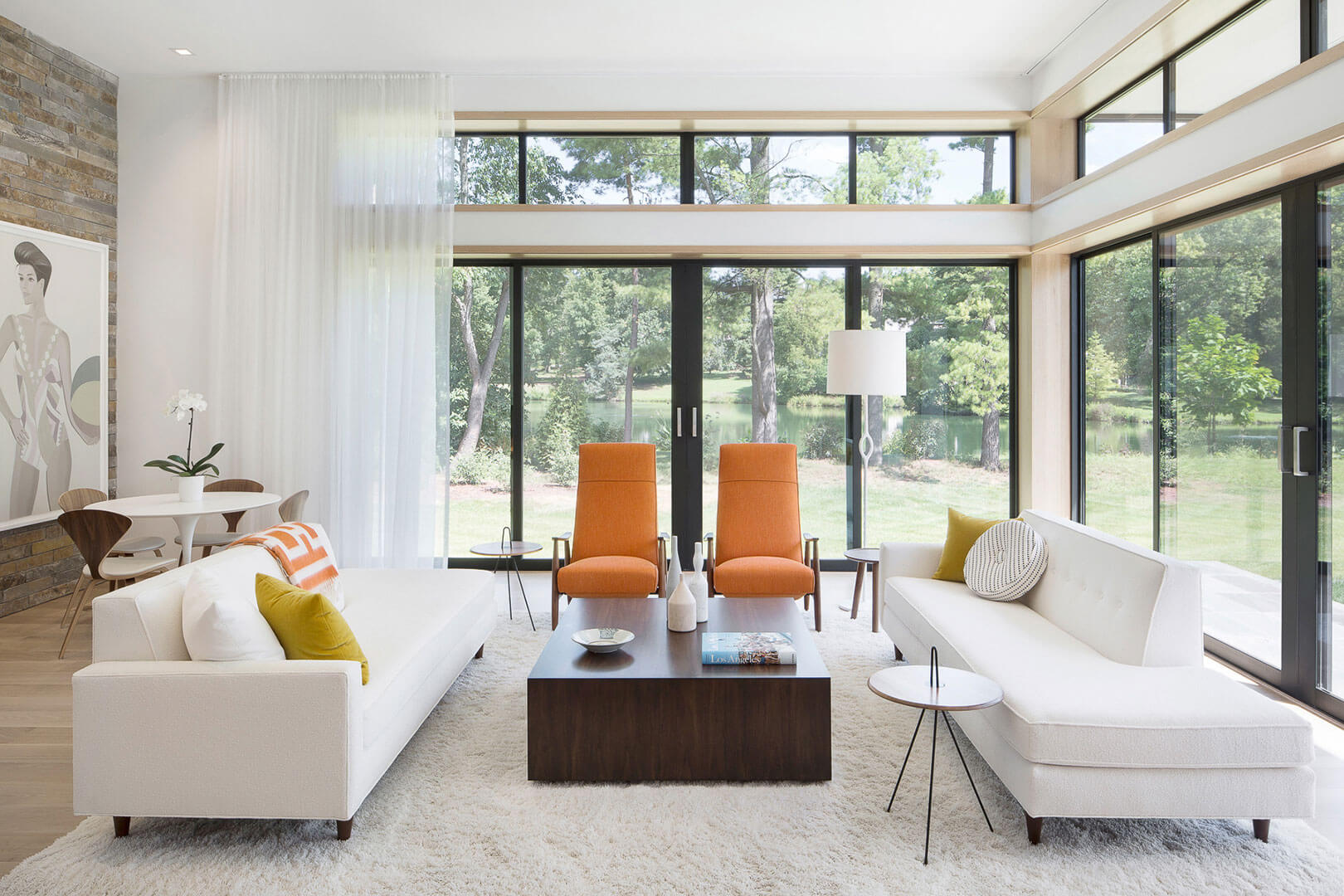 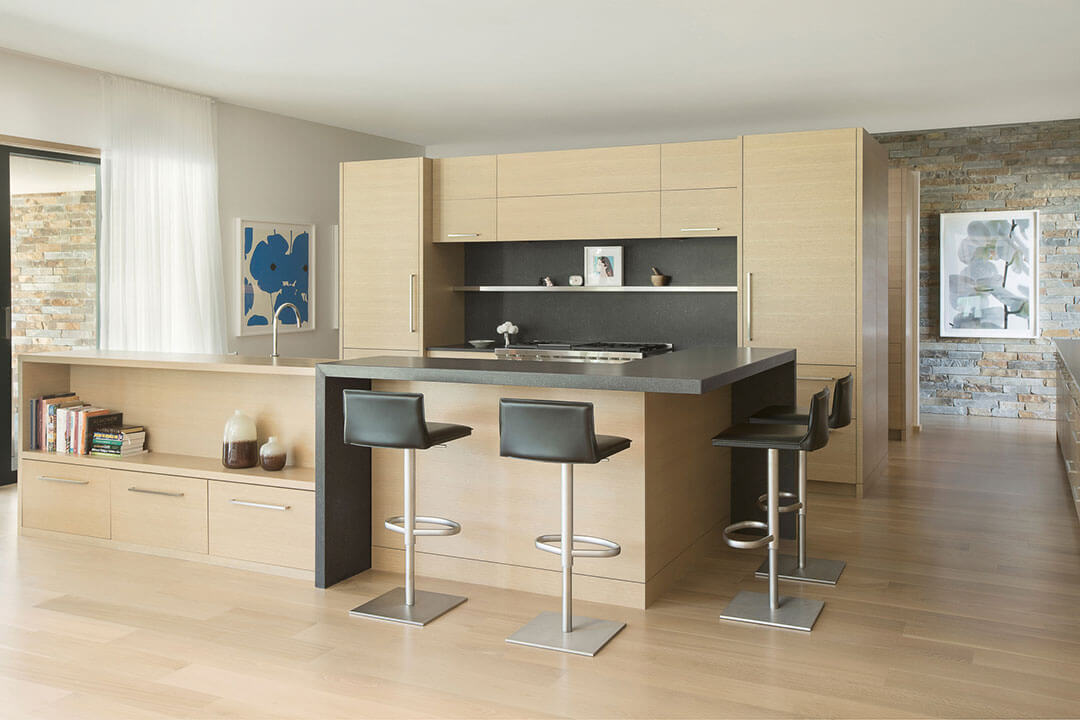 Drawing from historical references is at the foundation of all art forms. As John Lennon once said, “Outside the first three chords, everything is borrowed or stolen.” This holds true for architecture as well. So when a client approached us to design a custom home for them based on the Mid Century Modern aesthetic, we felt a natural attraction to the idea.

The client had many parameters for their home, but one element was paramount: they wanted two separate owner’s suites located at different ends of the house from one another. While separate owner’s suites are not a new thing, this was the first time we were told that they should be as far apart as possible.  Well, knowing this was the ideal layout, it only made sense to develop a plan where each person had their own wing with the common spaces occurring at the confluence of the two.

The floor plan for the house was developed from three intersecting planes of stone: one representing the first suite’s wing, one perpendicular to that plane crossing the common spaces, and a third running in the same direction as the first extending to the second suite. Where the planes intersect, moments occur – moments of revelation, threshold, or transition.

When you approach the house, the first thing you see, even before you walk in is the common plane carrying the cantilevered stairs up to the guest suites on the second floor. This massive wall of stone is perforated with openings providing access to the various spaces.

Mitchell Wall had full control of this design from conception through interiors and into furniture selection. The client only made decisions on artwork leaving everything else up to us. From rugs to appliances, MWAD left no decision up to chance. The end result is this glorious contemporary home, immaculately decorated and designed with a New Century of Modernism in mind.