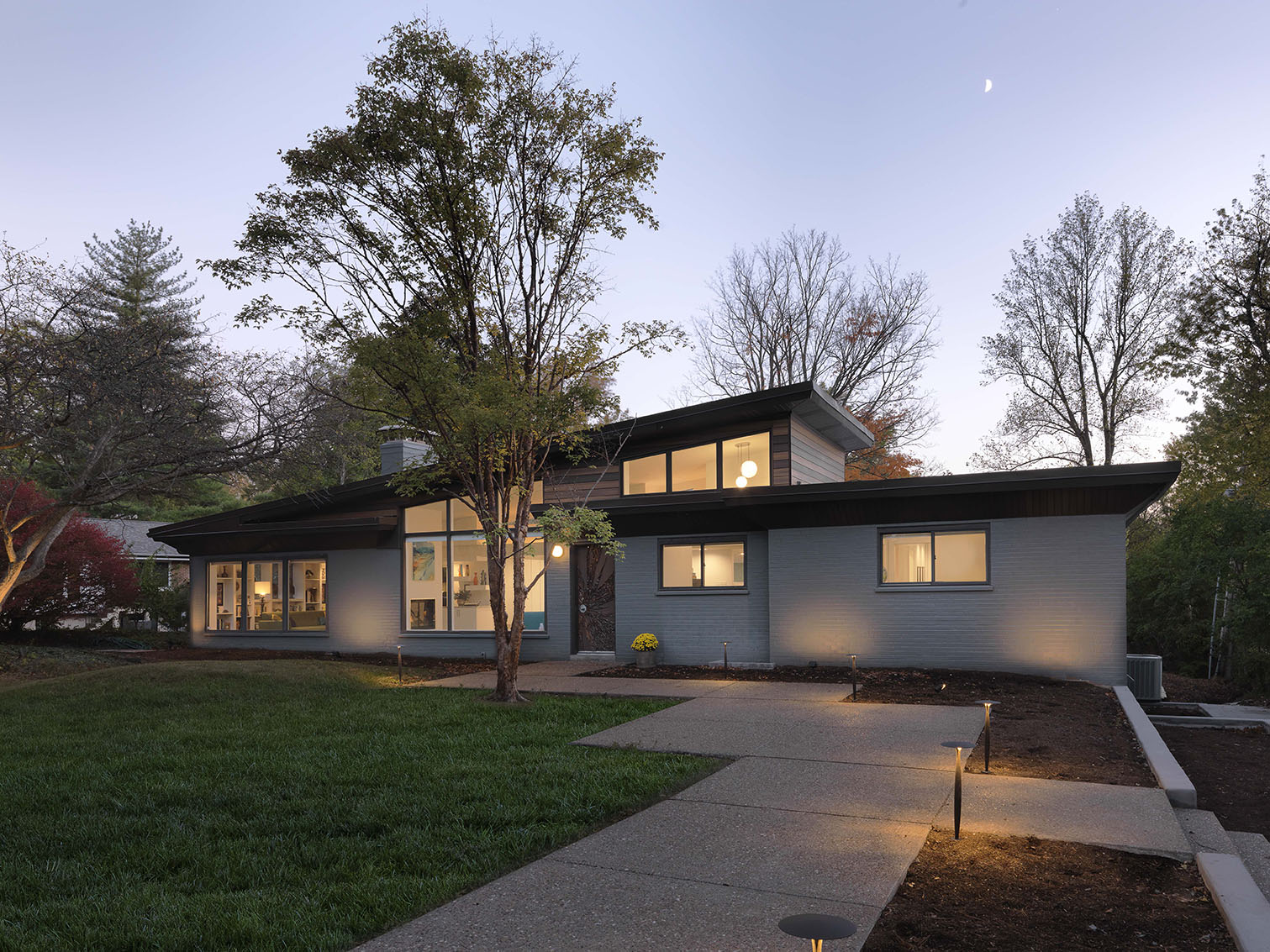 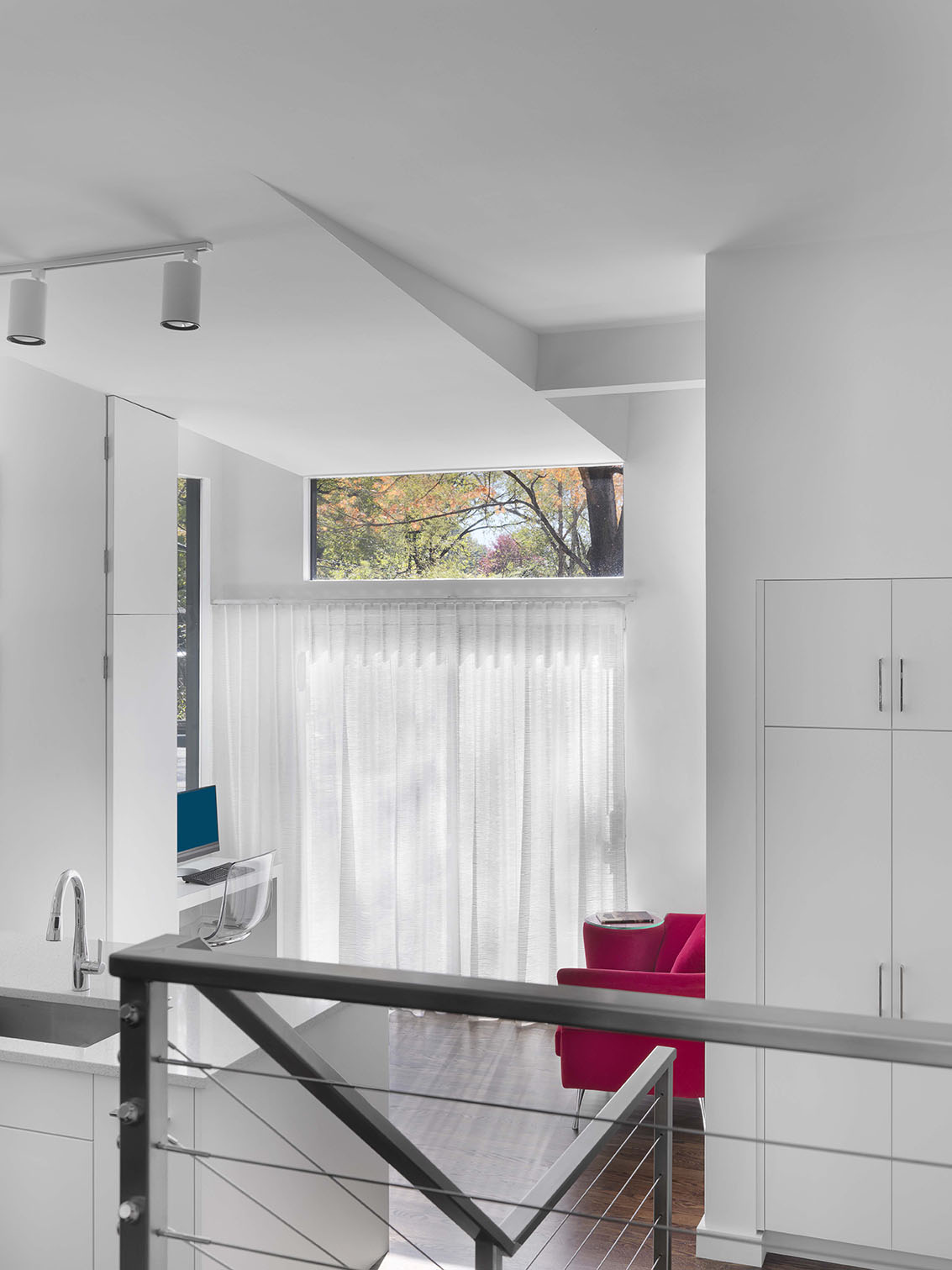 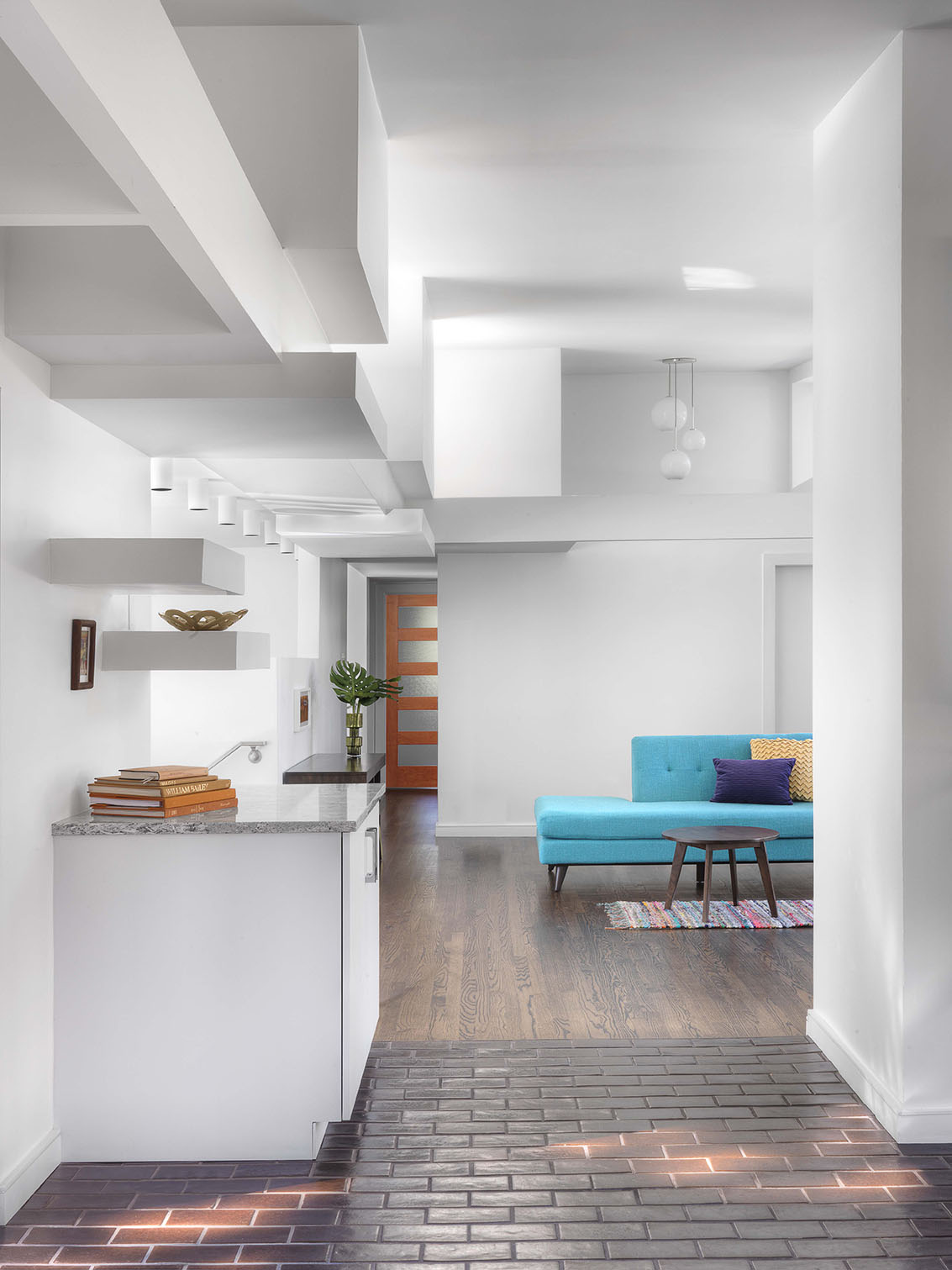 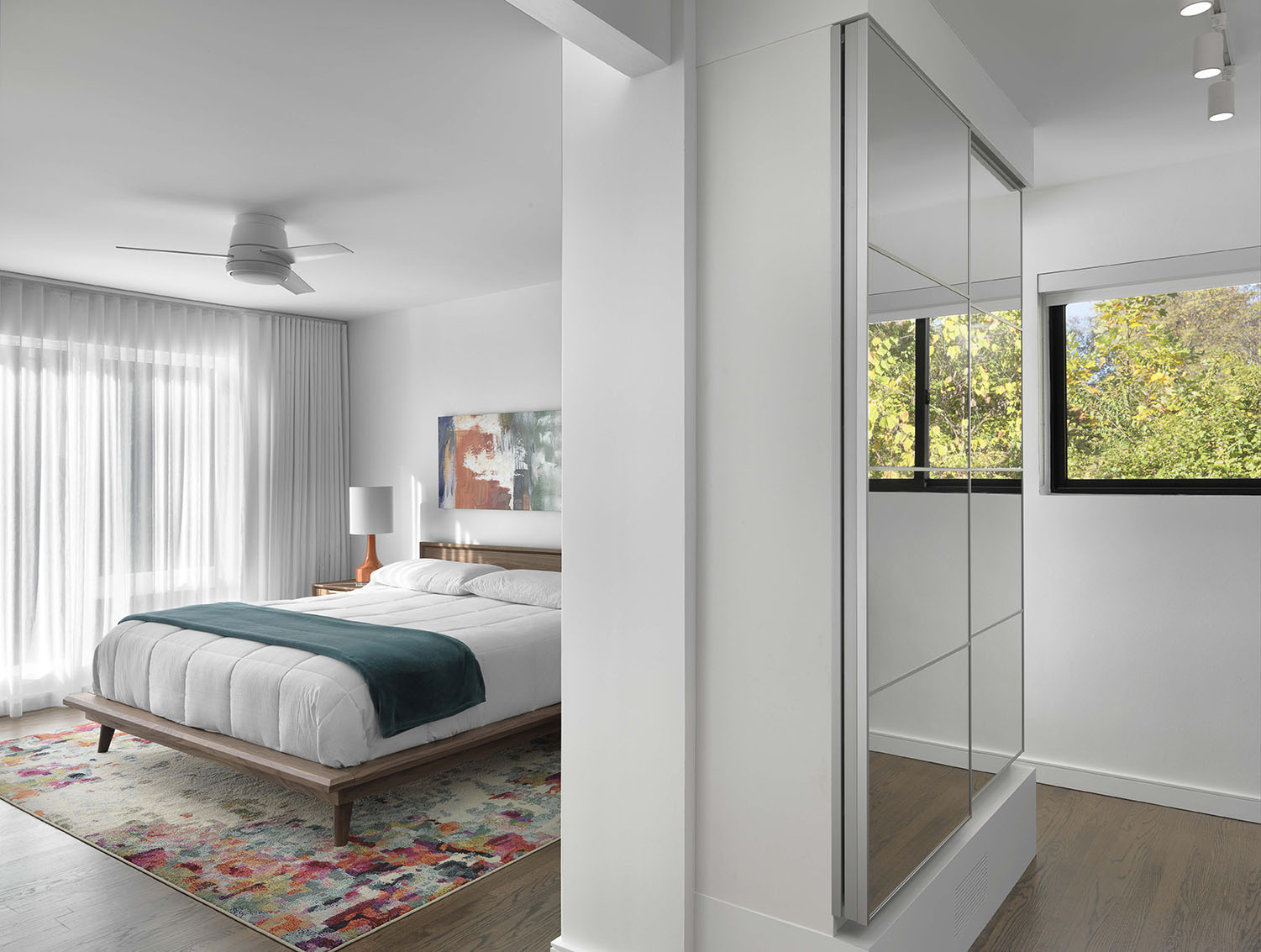 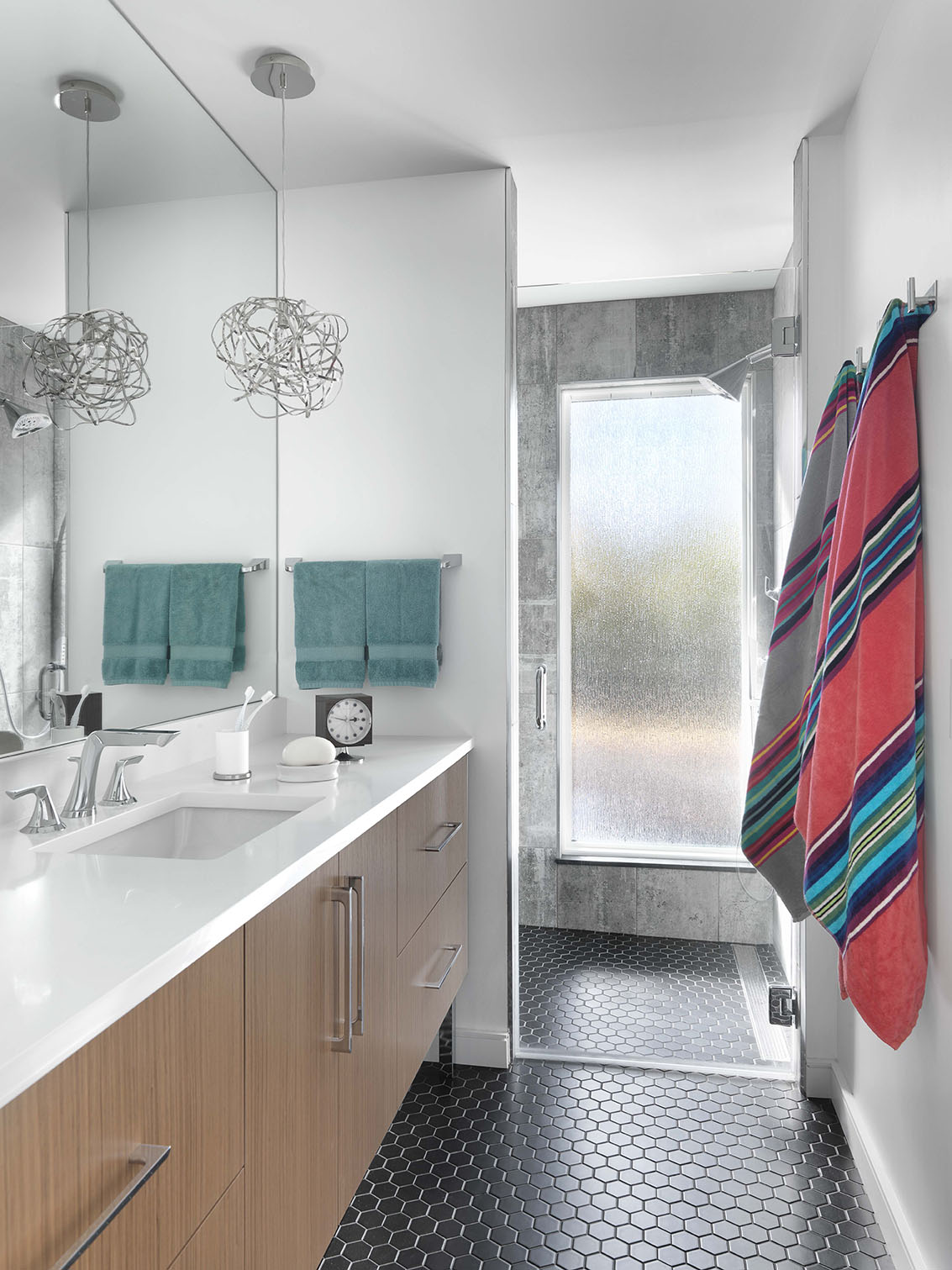 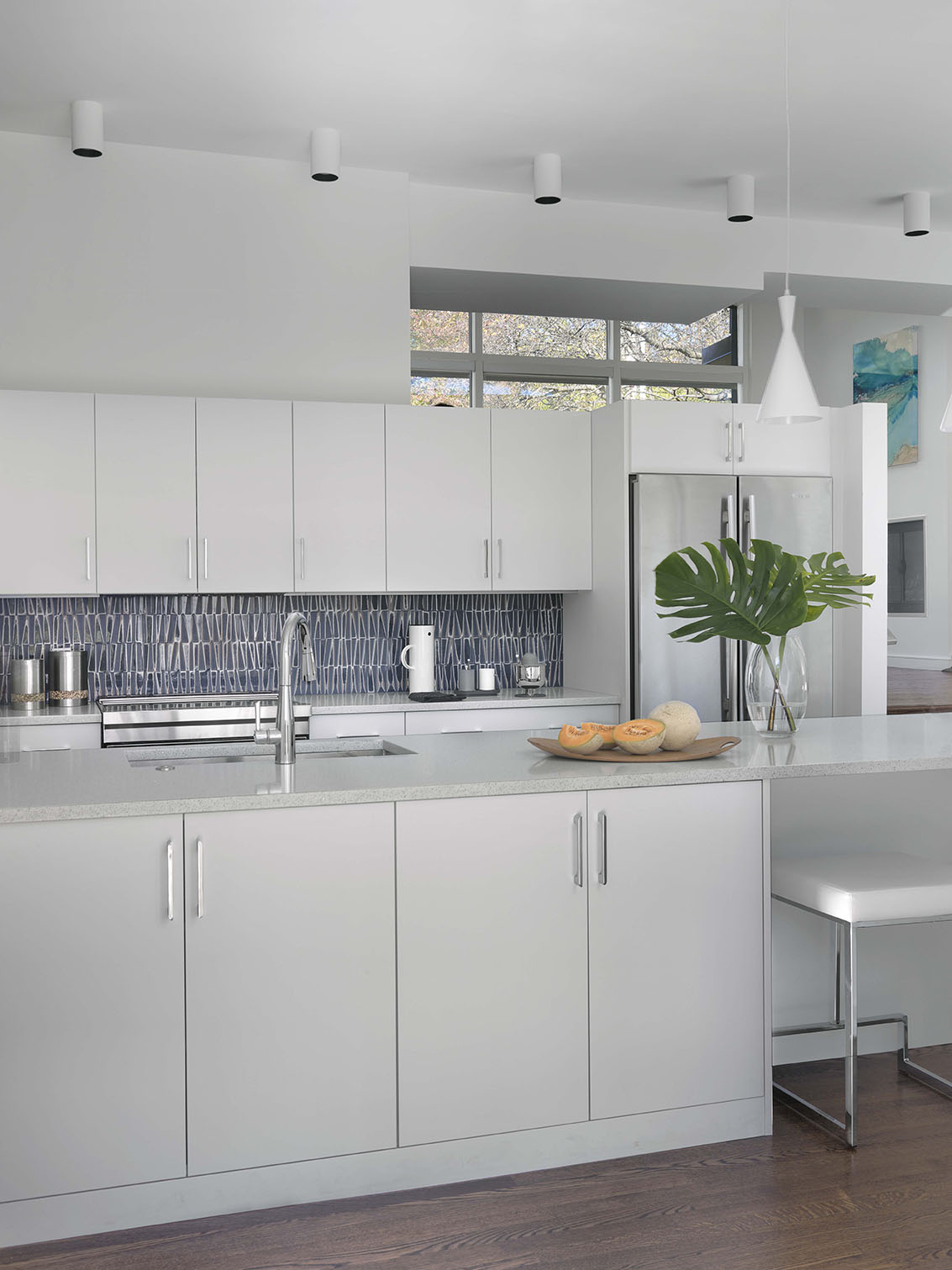 When we took the call to come see a mid-century modern home in Olivette, MO we were not prepared in the slightest for what we would find. Olivette, a suburb of St. Louis County, was developed in the 50’s and as such is rife with mid-century design – much of which is lackluster at best. So when we arrived and saw the inherent beauty that existed in the house already, we were more than excited to get going.

The original owner of this home was renowned St. Louis sculptor Saunders Schultz who in 1954 gave famed architect Richard Cummings the daunting task of creating a home that is worthy of a three dimensional artist. This could not have been a small task. Being an architect is difficult enough, but knowing that the eventual occupant of the home would be a famous sculptor had to make things that much more challenging. Cummings did not disappoint. He created a home in much the same way that a sculptor would create a piece of art. There is constant movement in three dimensions with floor planes rising and falling almost as often as the ceilings do. However, Cummings manages to accomplish this without the spaces become overly busy. What resulted resembles a musical score frozen in time: repeated prominent elements provide a beat while the melody is played out in the hundreds of shifts that occur in floor, ceiling, and wall planes.

So the challenge fell to us: how can we work with the space, create a new home that is cognizant of the way people live today, reflective of our client and their functional and aesthetic needs, while still maintaining the original intent?

It was not easy. But it was a lot of fun. And we think Cummings and Schultz would both be very happy to see the end result.