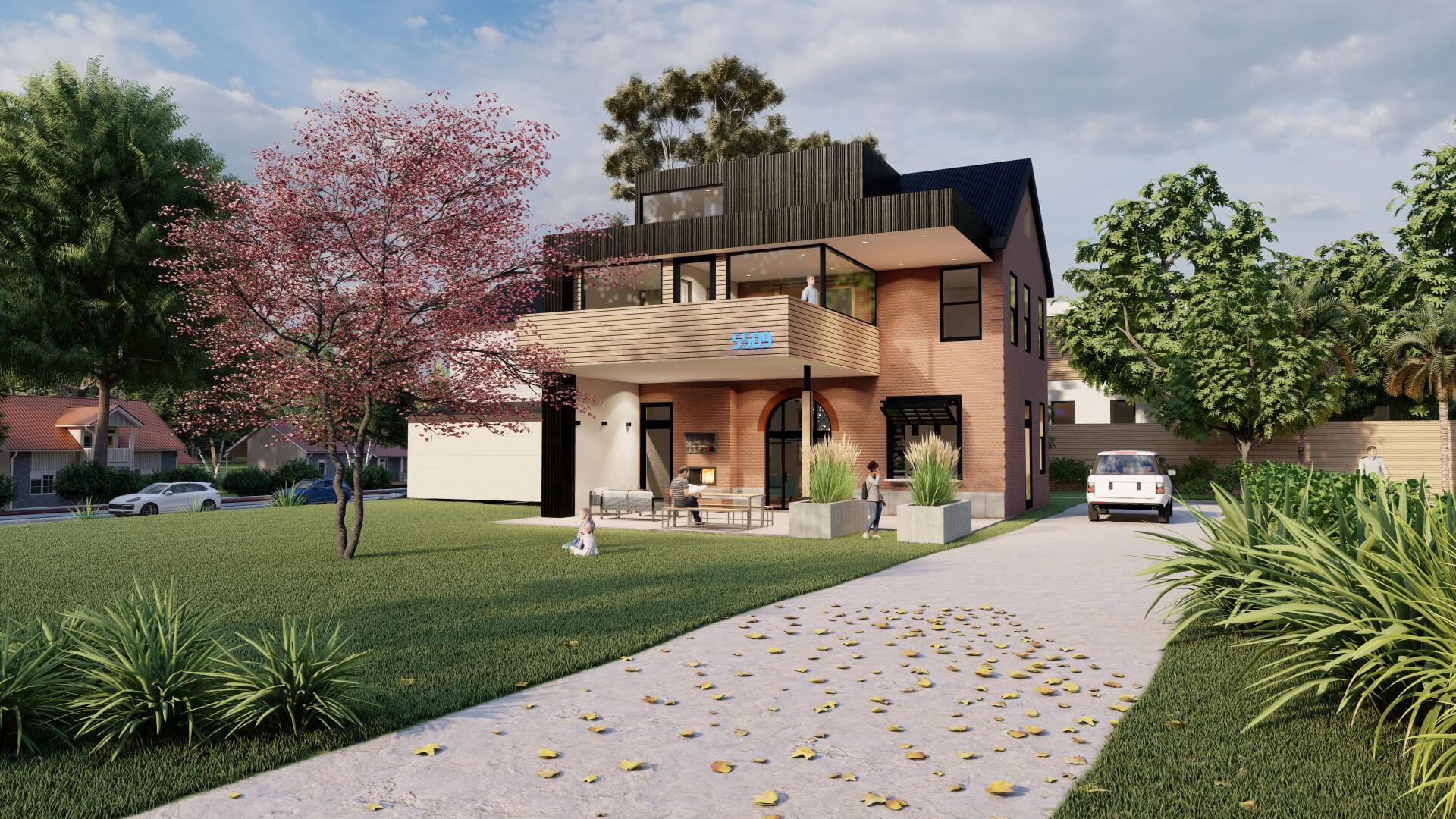 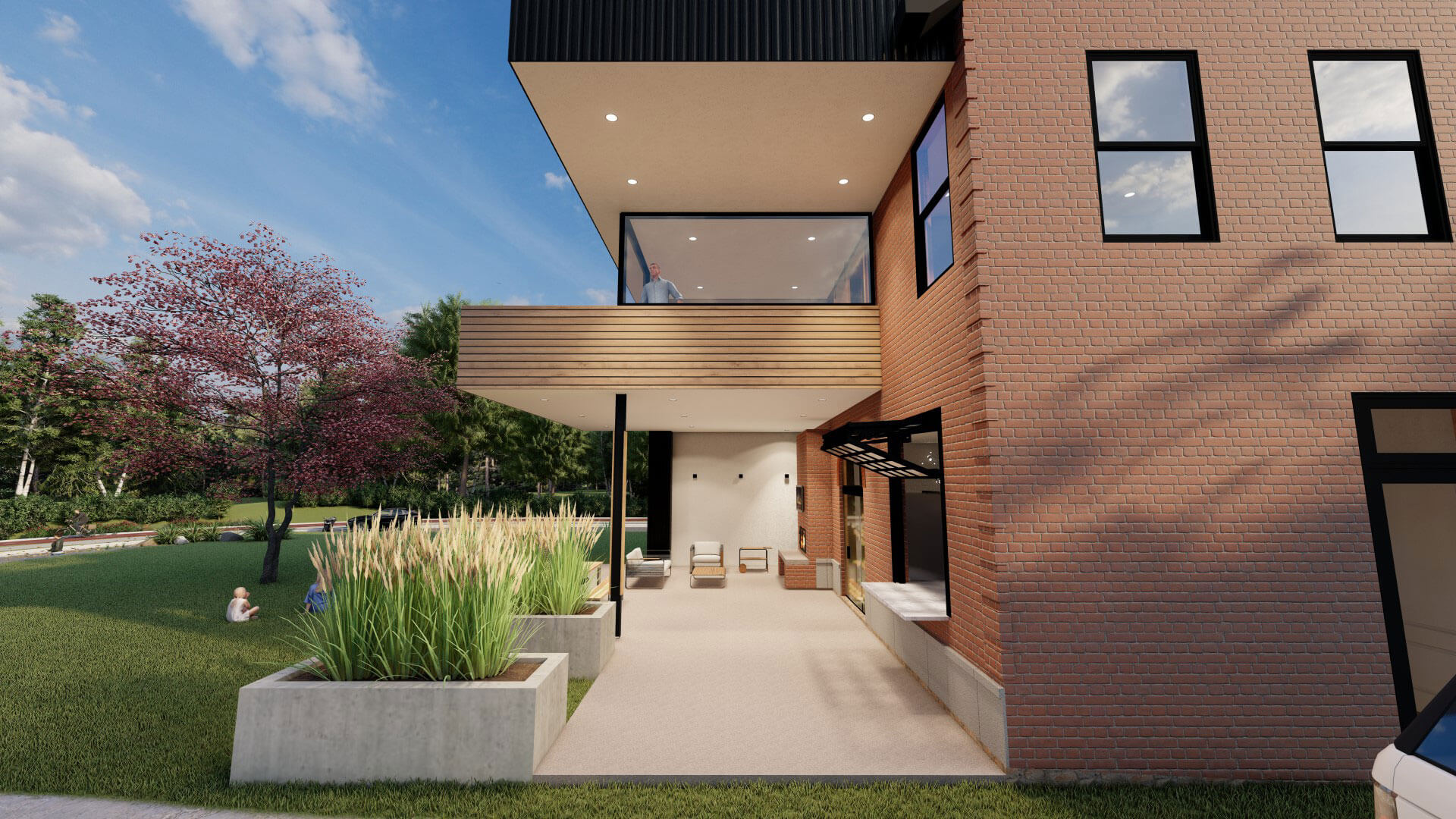 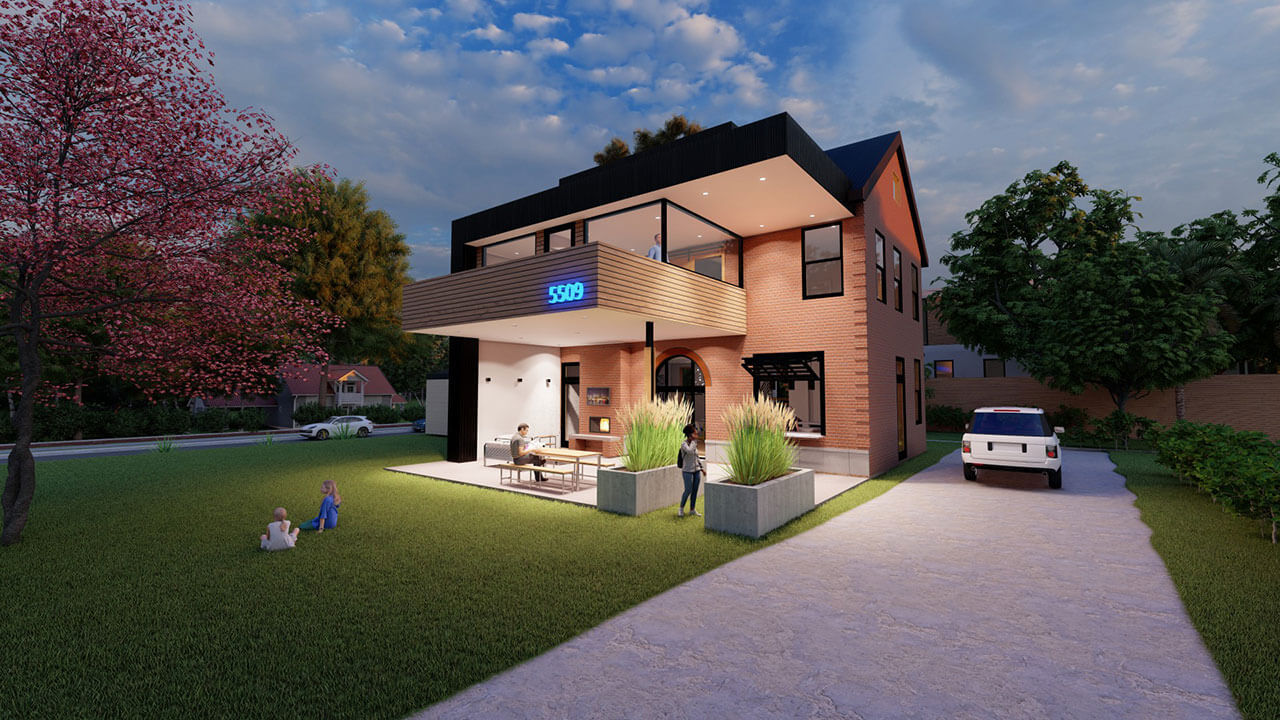 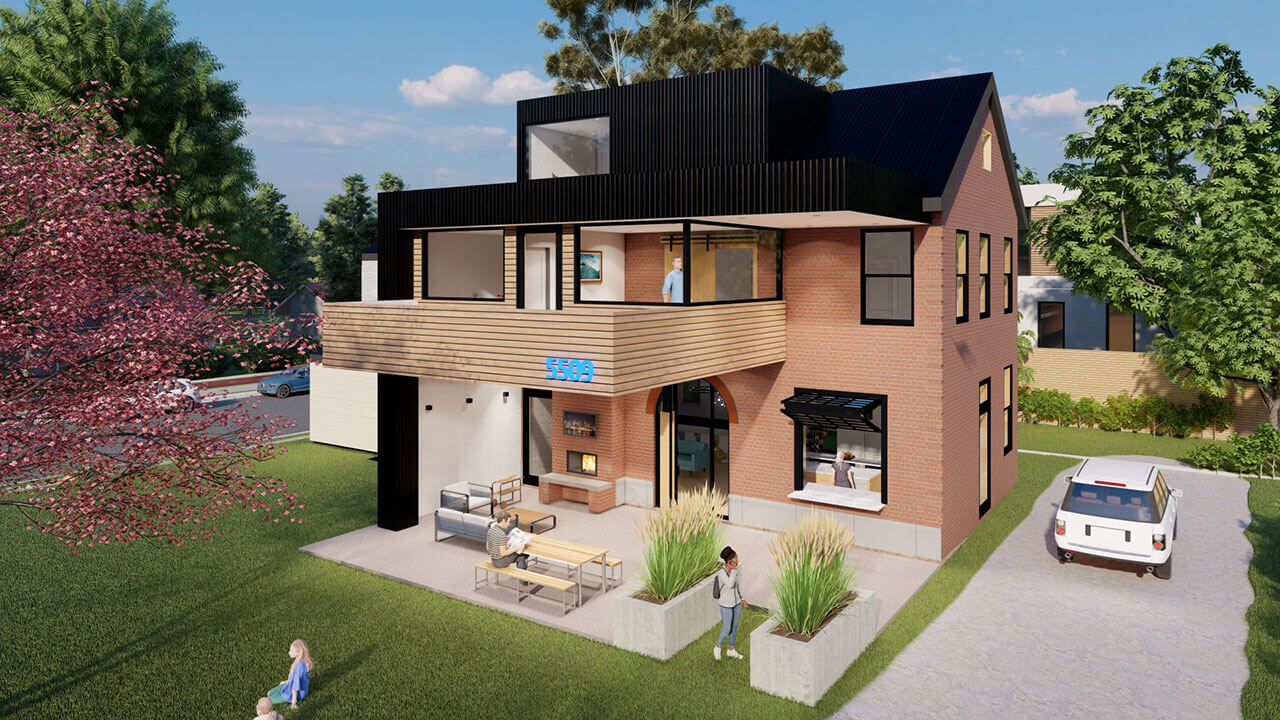 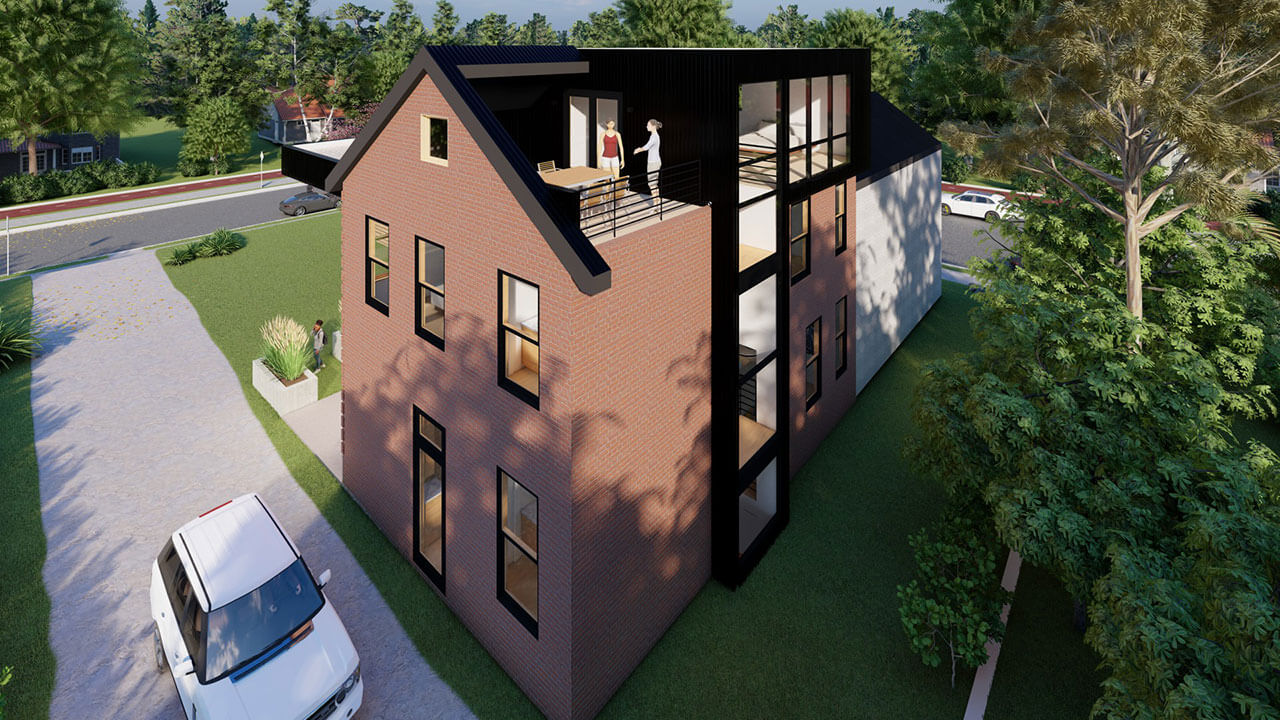 When we were contacted to do a charitable project for Operation Finally Home, we were delighted to be part of another project for those impacted by violence.  But when we arrived on-site to see the existing building and discuss with the owner what it is she was looking to do, we got downright excited!

The building itself has quite a bit of history.  Constructed in the 19th century, it has been a barn, a wedding venue, a house, a multi-family residence and after a recent fire, a shell.  But what an impressive shell it is! The envelope is constructed of two-withe masonry walls which is great because they were the only things that have managed to survive somewhat gracefully.

So we had a shell.  A brick shell. With some openings and a rough idea of what the client wanted to achieve.  And as in all the best projects, we were let loose to show the client what we could do.

In an attempt to marry the traditional elements of the building with a contemporary lifestyle it was a natural progression to go from the shell we started with to the designs we presented.  The client was very surprised by the result. And not in a bad way either. 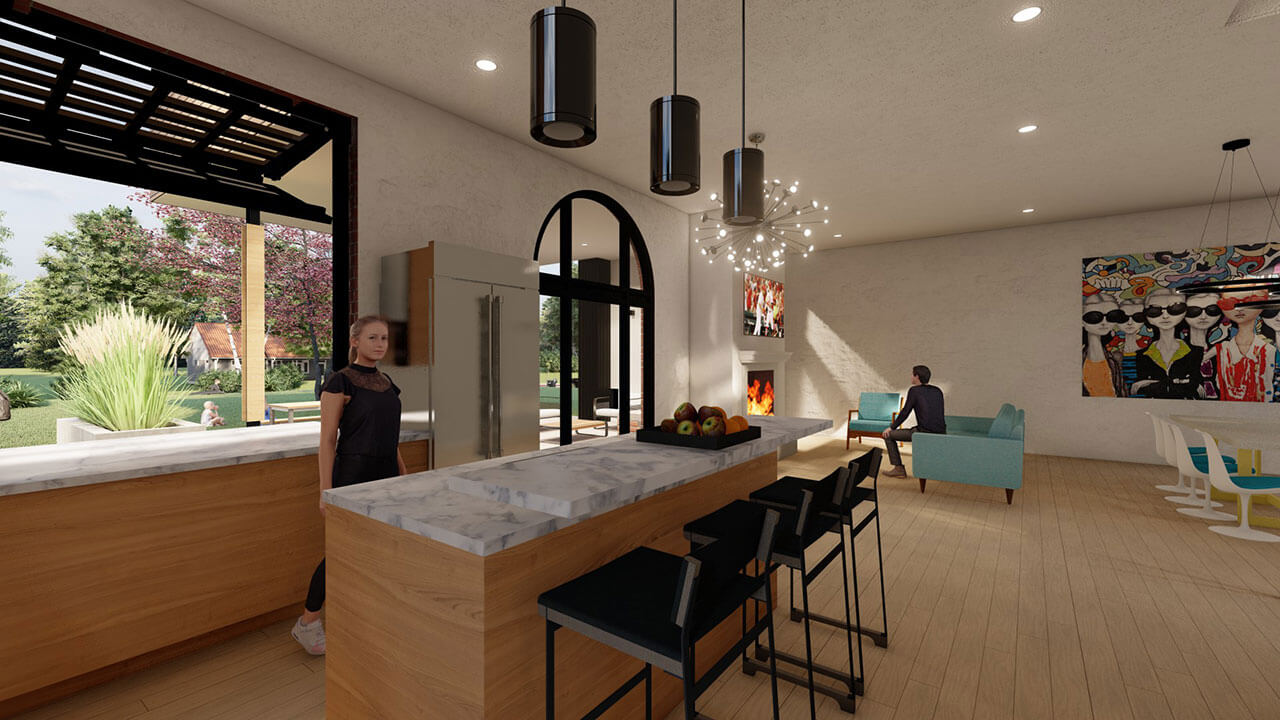 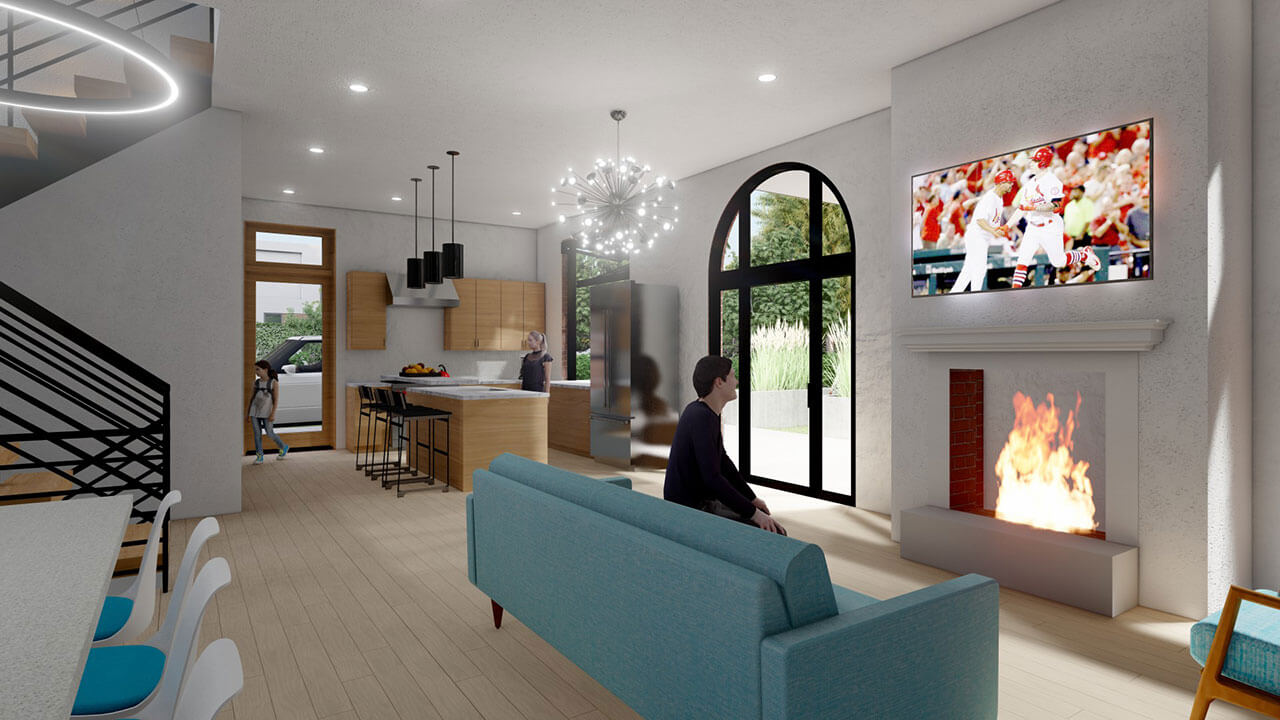 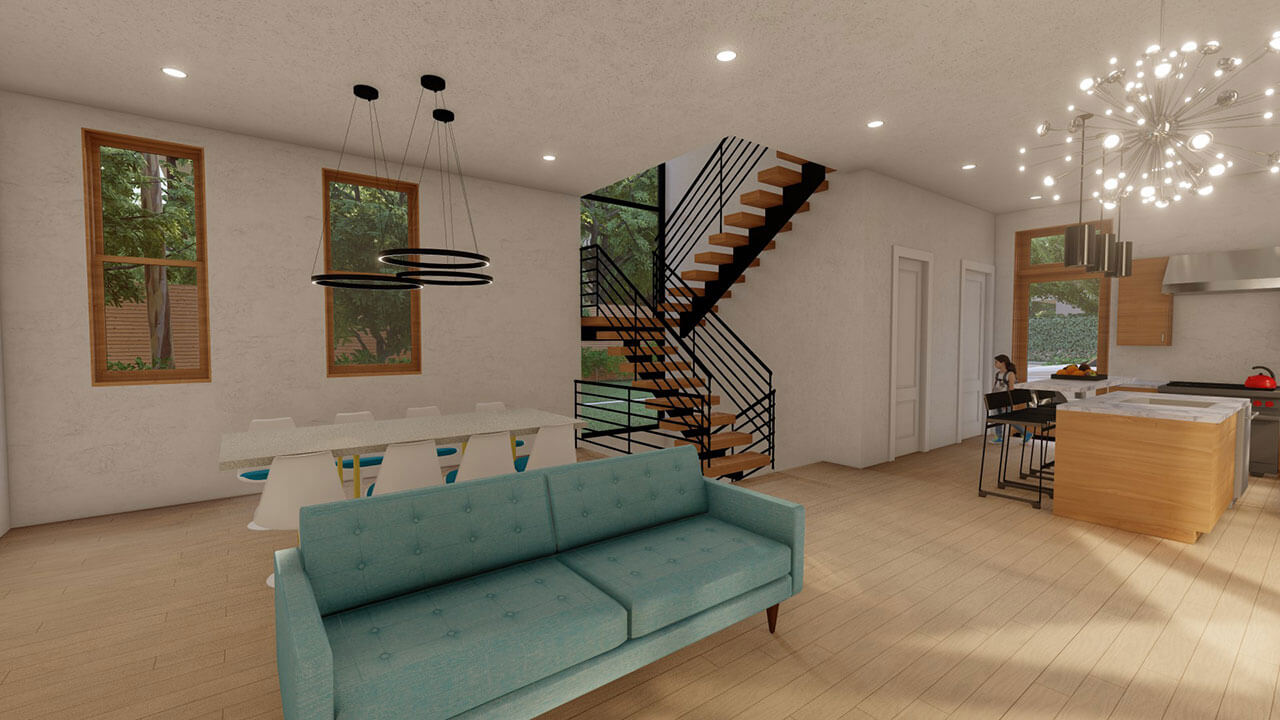 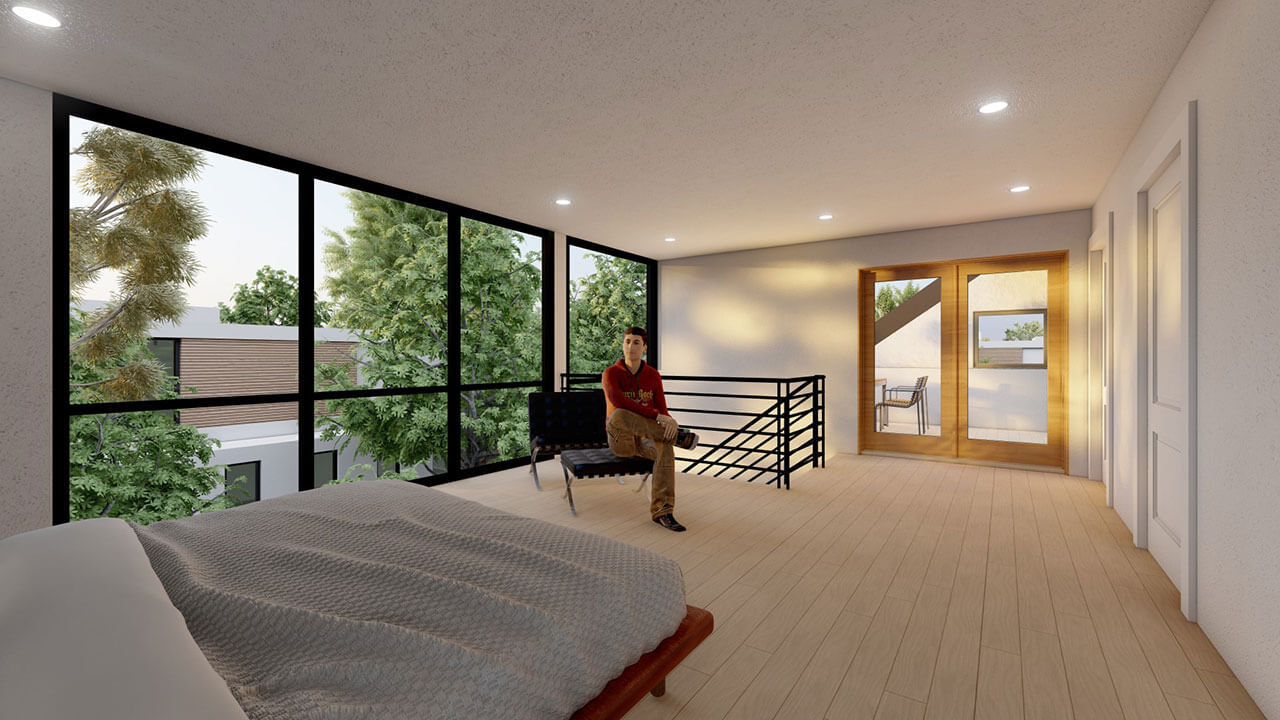 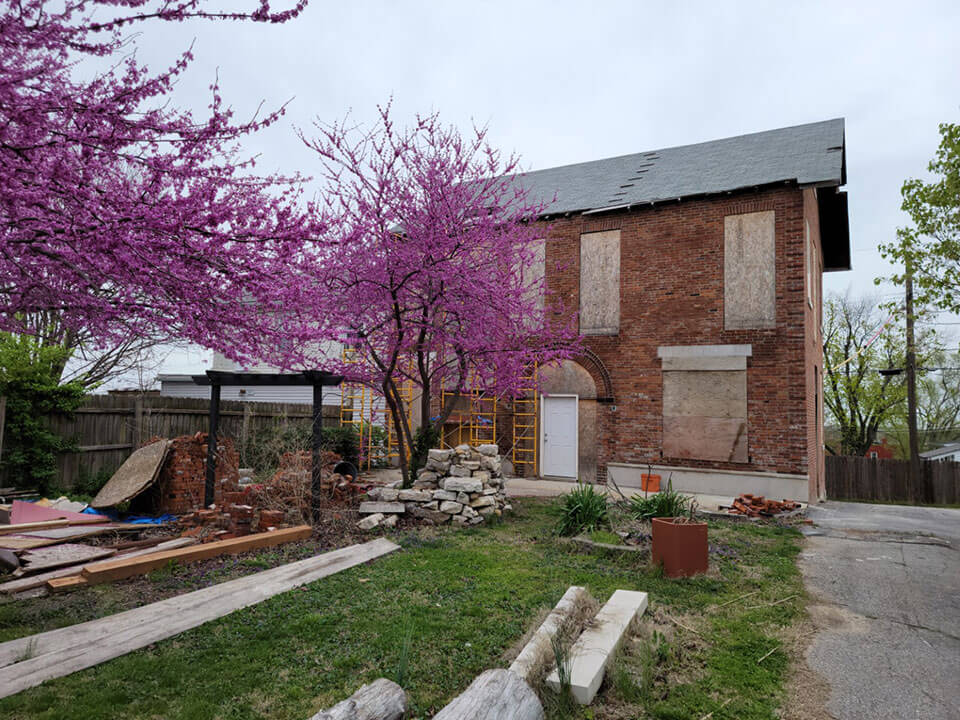 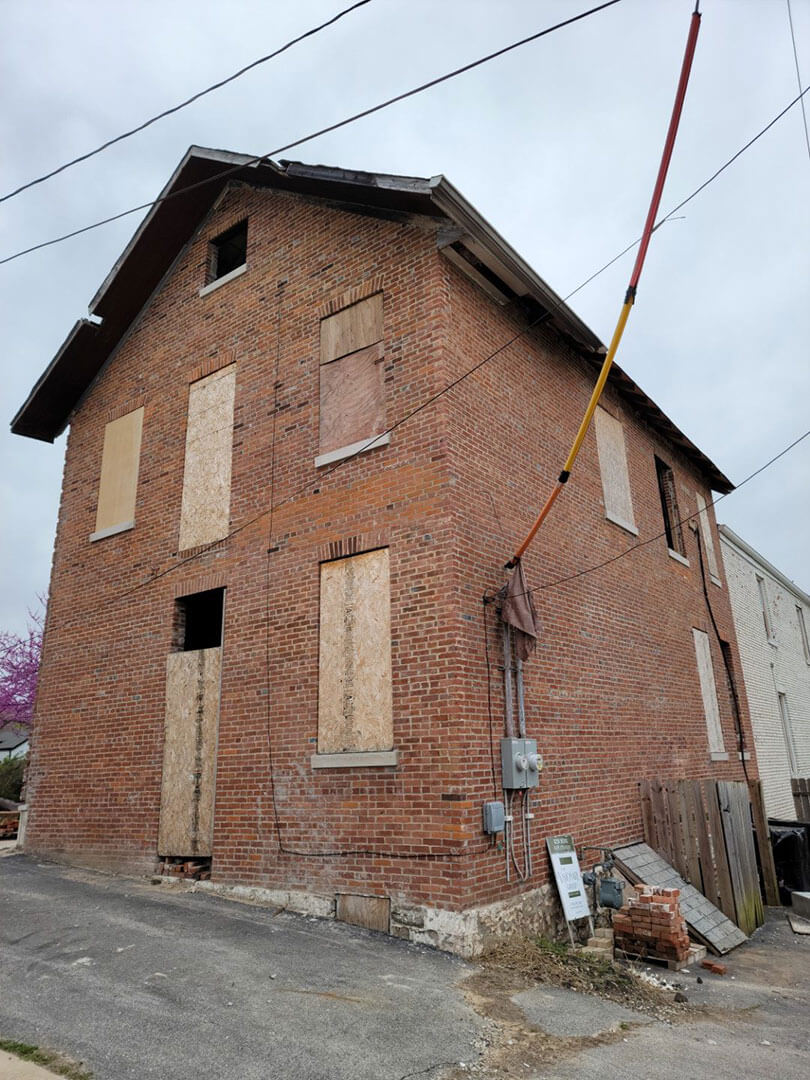